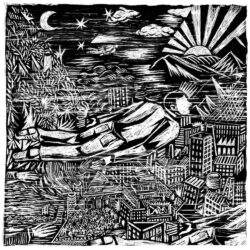 Since their inception at start of the 2000s, Stand High Patrol have rocked sound systems to their own riddim, assimilating and re-purposing the codes of the genre in their own unique style. From tiny bars in Brittany to huge festival stages, on independent radio or across national airwaves, the crew have quietly trod their own path, never compromising their core value of independence. Connoisseurs have long recognised Stand High’s credentials both as a dub group and a leading sound system, but they stand out from the crowd because of their ability to deliver the unexpected, whether live or on record. Their ability to draw such a diverse audience is testament to this atypical approach to making music.

In 2020, almost 20 years since their humble beginnings, the collective presents their fifth album, “Our Own Way”. As with their first two albums “Midnight Walkers” and “Matter Of Scale”, now considered as classics in their genre, this new opus asserts itself as the latest representation of the crew’s versatile approach to crafting sound. Their music, a blend of its own known as “Dubadub”, has always borrowed influences from multiple sources, and over the course of their career their roots in dub and reggae have intertwined with hip-hop, jazz, new wave, trip-hop and numerous other genres. The ‘Dubadub Musketeerz’ have never ceased experimenting, forever seeking to increase the sonic territory they cover, day after day. Both live and recorded, they’ve made it a point of honour to never offer up the same thing twice. Any resemblance that “Our Own Way” might bear to those first two albums is a consequence of this obvious creative continuity, rather than of going “back to basics”.

In contrast to the last two Stand High Patrol records, the hip-hop inspired “The Shift”, or the Bristol indebted “Summer On Mars”, “Our Own Way” doesn’t have a unifying concept or theme. Rather than being limited to a single aesthetic, the LP pays respect to the entire canon of Jamaican music, all unified under Stand High’s inimitable production values. With the wealth of experience gained during the recording of their last two records, the collective decided to aim for a freer project, letting themselves be guided by their own music and their own instincts. The end result is a musical portrait of what Stand High Patrol is in the present moment.

The tracks that make up the new LP burst out of the studio, each born out of unbridled, impulsive creativity. Previously unheard compositions and specially re-tooled dub plates have been assembled into a tracklist that shifts and moves like a classic Dubadub Musketeer live set. Each step of the process has been refined by years of practice : composition, effects, and the final mix. Throughout “On Our Way”, the brutal dub stepper, though still a favourite for sound system sessions, is noticeable by its absence. Instead, it’s the full weight of the crew’s reggae heritage that’s expressed in the mix. It’s not just the depth and weight of each tune that strikes the listener, but also the spaces heard between the notes that grab and hold their attention.. The sense of a trip, whether musical, internal or geographic, is omnipresent throughout the LP, linking each track to those before and after. “Our Own Way” finds Stand High Patrol exploring as usual, yet also narrating their journey as they’ve rarely done before.

OUR OWN WAY LP – TRACKLIST