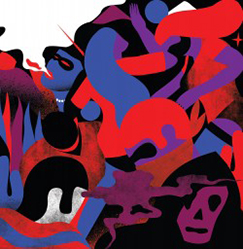 Following the massive success of « Another night » Stepart is back on Stand High Records with his debut LP. « Playground » takes listeners on a deep bass journey and presents exclusive tracks crafted with the Parisian producer’s subtle mixing technique and attention to detail.

Recorded between 2014 and 2016 the LP is a tribute to the golden era of dub influenced dubstep with ten instrumental tracks as well as a vocal by Pupajim. Playing with styles, Stepart elegantly breaks the rules and invites you to settle in his Lost World Studio.